Written by diana on November 12, 2019. Posted in Unhealed Wound. 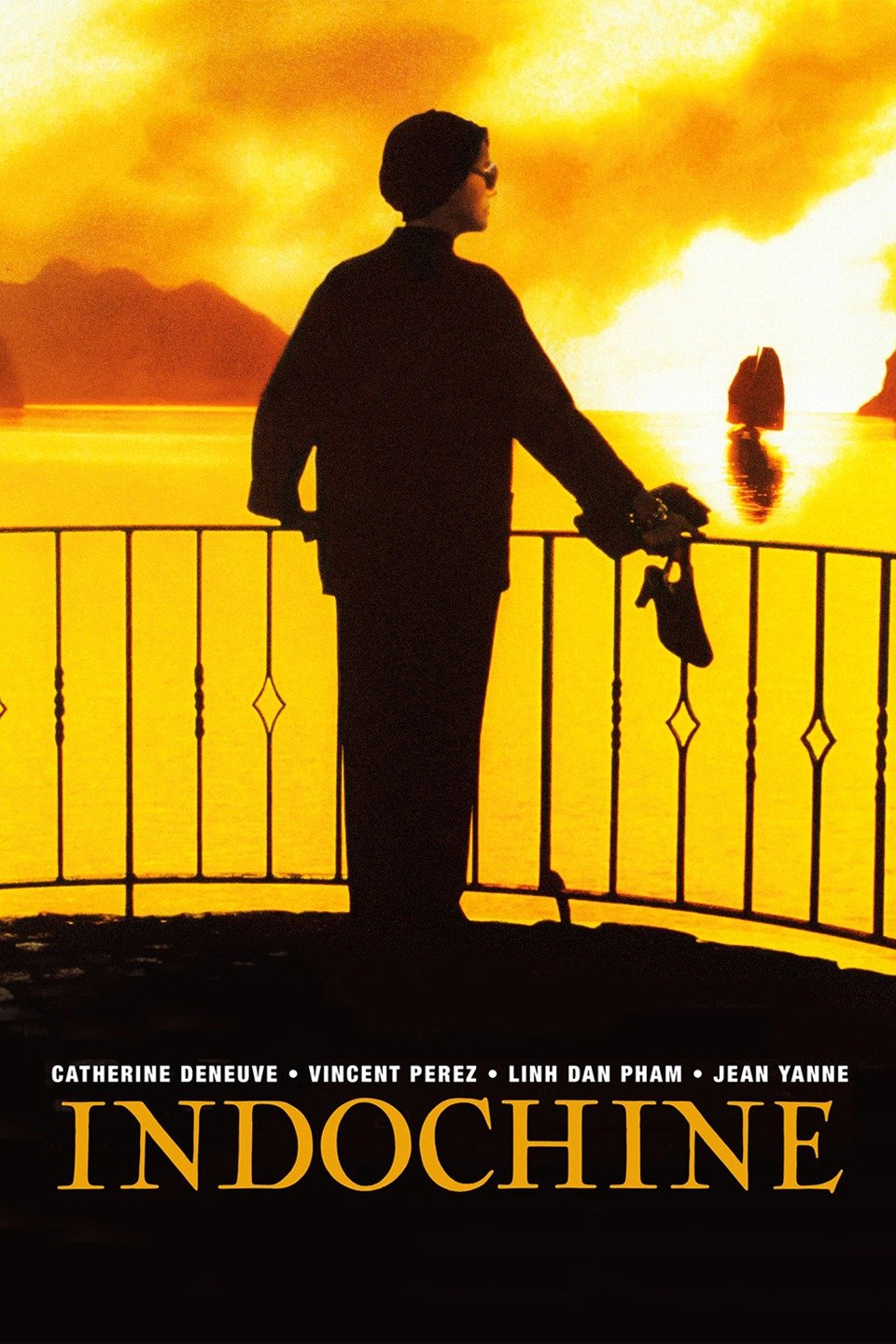 Indochine is a testament to the hubris and delusions of first French imperialism and then American trauma to follow .The sense of time and place  unfolds in 1930 French Indochina (Vietnam). from the years of French colonial rule to the stirring of a revolution by zealous and determined young Communist idealists,..

Indochine concludes in 1954 when the French are on the cusp of being forced out by Communist forces after a century of colonization. Seen through the eyes of a rubber plantation owner, Eliane (the ethereal Catherine Deneuve, nominated for an Academy Award for her performance), Indochine is an allegory for the corrupt and depraved. The often opium-smoking French are seen clinging to their delusional belief that they could sustain their dominion over the  impoverished, virtually enslaved Vietnamese.

The narrative is a family drama between Eliane and the orphaned five-year old Vietnamese girl,  Camille (newcomer Linh Dan Pham). who is adopted by Eliane . Indochine has another narrative as well: a love story between a French navy officer, Jean-Baptiste,  and both Eliane and Camille.

As the struggle against French imperialism grips Vietnam, Jean-Baptiste and Camille have to choose sides.   As the focus shifts to the love story between Camille and Jean-Baptiste, and the awakening of the sheltered privileged Camille to the plight of most Vietnamese Indochine‘s pace deepens and quickens.

The anticolonial revolt plays out in some expected patterns, with the decadence of the dying days of a fading colonial regime.   Old paternalistic, often brutal customs have outlasted their lords and yet the patriarchs (and matriarchs, in this case) adhere tenaciously to property and servants  with a certain stubborn and oblivious pride. They are yesterday’s story, but arenot ready to realize or admit it.

Indochine is ambitious, gorgeously photographed but also  too slow, too long, and too languishly structured  in the first half of the story. It is not altogether a successful film because of this.   Yet it is still worth seeing, perhaps mostly for implying that the French still do not quite understand what happened to them in Vietnam, and they’re not alone.