Here are the reviews I wrote this year with the criteria that they were available online and were not widely distributed through movie theaters.   Of the 43, here are my favorites.  It was much more difficult than in past years, since this year was absolutely stunning. Both television and cinema have continued to produce phenomenal story-telling.

The following list is not ranked –only grouped by genre. I could not limit my choices to only 10.

1) “No”–Mad Men in Politics (June 19, 2016 review):  In this Chilean film, with uncanny similarities to the recent election in this country, we see how voting can be manipulated by brilliant promotional advertising. ”No” was nominated for the Best Foreign Language Film Academy Award in 2012.

2) “The Past” (Le Passe)–Does the Past Define Us? (July 24 review): “The Past” is a a web of intrigue of Rashomon proportions. Everyone tells their version of the truth, but they do not explain everything. As the story unfolds, each character is imprisoned by his or her own version of the past, reminding us of our own mistakes and unintended consequences.

3) “Buen Dia Ramon”–The Sun Will Come Out Tomorrow” (July 31 review): Ramon’s remarkable openness to accept the kindness of strangers and begrudge none of his hardships is rendered believable. Struggling to survive on the street, he sleeps in a train station, and becomes increasingly desperate to earn money to send home. Yet he never builds defenses, remaining optimistic and determined, with an innocent enthusiasm that is, at times, astonishing in its emotional generosity and guilelessness.

4) “The Tunnel”–Turf War or Building Bridges  (August 7 review): “The Tunnel” is more than a dramatic police thriller about fighting crime. The dualities of culture and personality, people divided by politics and history, are fascinating to watch for their layers of complexity. The uneasy chemistry between the two main characters is a metaphor for the cultural gap and ideological boundaries separating all of us: the powerful from the powerless, and the self-interest and turf-war conflicts between nations. “

5) “Bron“–The Original “Bridge” (October 16 review): This detective series outdoes its own standard of excellence in each succeeding season. The main character is a reserved, non-emotive personality. She is brusque where her male partners are the emotional, sensitive policemen trying to understand her behavior and lack of social skills. And as the series progresses, the viewer comes to admire her professional drive and ache for the damage and horrific backstory that makes Saga who she is.

6) Requiem for the American Dream–A Pending Nightmare (December 5 review): This eerily prescient 2015 documentary narrated by Noam Chomsky was in development before the official announcement of Donald Trump’s candidacy. Yet, in the “Ten Principles of the Concentration of Wealth and Power” the viewer sees the redesigning of the US economy.

7) Wadjda —A Feisty Little Girl (December 12 review): A delightful gem of a film celebrating the human spirit and a ten-year-old Saudi Arabian girl’s unwillingness to simply accept fate or broken dreams, “Wadjda” is a movie that will touch your heart.

PSYCHOLOGICAL AND SOCIOLOGICAL (US ONLY)

8)  “Truth” -And Nothing But (March 16 review): This movie raises the question: “What is truth? And how do we know?” Much like in a crime drama, the viewer follows the clues and the trail to the usual suspects. Based on a 2005 memoir, the wounds are still unhealed in this 12-year-old case.

9) “Confirmation”–The Sexual Harassment of Anita Hill (April 24 review): A drama that is more of a “street fight”, “Confirmation” portrays Senators Ted Kennedy, John Danforth and Joe Biden as unlikeable characters who engage in behind-the-scenes fights and backing down under political pressure. Not since “House of Cards” has there been seen such political ruthlessness and behind-the-scenes maneuverings.

10) “Closed Circuit”–We’re Under Surveillance (July 10 review): An adrenaline-pumping political thriller, portrays corrupt government forces who will stop at nothing. “Closed Circuit” is designed to raise the alarm over both the injustice of closed court hearings and the use of surveillance technology. We don’t know who’s watching or how they’re using what they see.

11) “Weiner”– An Attention- Getter (September 11 review): Hubris, narcissism, tabloid spectacle and massive self-deception collide with the mesmerizing inevitability of a slow-motion trainwreck. “Weiner” is an engrossing, almost shamefully entertaining documentary about “politics at its most sensationalist and superficial.

12) “Slavery by Another Name”– The Re-enslavement of Black Americans in the US (September 17 review): This documentary eviscerates one of America’s most cherished myths: the belief that slavery ended in 1863. Conveniently overlooked by the nation and perpetrated across an enormous region over many years, the institution of forced labor as a fixture of African American life perniciously suffocated their aspirations and opportunities for their families and their very existence.

13) Snowden –A Companion Piece to “Citizenfour” (October 9 review): In what is now the most well-known disclosure of US intelligence and surveillance practices, “Snowden” has opened a window to how counterintelligence is carried out in the global arena. A must-see for 2016 or 2017!

14) “The Night Manager”—(May 3 review):   Like a Bond movie, part of the  pleasure in watching this story unfold is suspending one’s disbelief at the preposterous plot lines and heroic battles. Suffice it to say the spycraft in this series is entertaining with a quirky subplot on the sad bureaucratic lives of government intelligence officers.

15) Bates Motel (Seasons 1-3)– Mother-Son Obsession (June 13 review):   A prequel to “Psycho”, in “Bates Motel” we see the twisted relationship between Norma and her son –the heart of the narrative—which drives the narrative to an end we expect but nonetheless gasp at. “Bates Motel” dares to touch this subject matter in such a brilliant and fearless manner. A tour-de-force like no other!

16) Bates Motel–Season 4— A Masterpiece (November 1 review): This controversial season takes us to where only the intrepid can bear to see such damage inflicted so ferociously on family. “Bates Motel” dares to touch the unspeakable in such a brilliant and fearless manner.

17) “The Night Of” –A Tale of Darkness (August 14 review): The connective tissue holding together the evidence both for and against Naz, a young Pakistani American indicted for murder, constantly shifts the viewer’s assessment of his guilt or innocence. This dark tale is addictive, deeply moving, compulsive television!

18) Goliath–A New Amazon Prime Winner (October 23 review): Part film noir, part legal drama “Goliath” tells the story of a derelict, drunken grizzled lawyer who is a bottom-feeder taking on a case which turns out to be against his former partner. A nightmare of Shakespearean proportions, closed circuit surveillance system and a vicious fight add to the twisted conclusion.

19) The Crown–Glory to Her Highness (November 30 review): The anachronistic British aristocracy must sensitively negotiate its relationship with its public. “The Crown” is the story of a conflict between private and public, between the personal feelings of a wife, mother, and sister and the queen (Elizabeth II). At its core, however, this is a character study and a family drama. Do you put personal fulfillment over political duty and obligation? 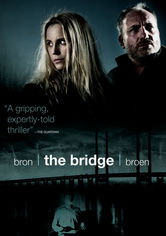