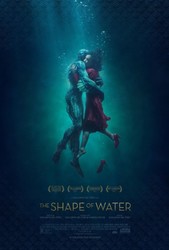 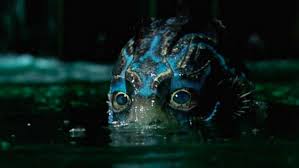 Guest post by   Romalyn Tilghman, author of To the Stars Through Difficulties

Maudie is the fictionalized account of the life of a self-taught artist, Maud Lewis (1903-1970), who lived in Nova Scotia. Maud (played by Sally Hawkins) answers an ad from fishmonger Everett Lewis (Ethan Hawke) to clean his filthy, one-room shack shared with his chickens and dogs. Despite rheumatoid arthritis and slowness of speech, Maud becomes dedicated to serving him. Everett, having grown up in an orphanage and now living miles from town, epitomizes the curmudgeonly, reclusive bachelor.

The dialogue in Maudie is sparse, showcasing the actors’ gestures and facial expressions. The Nova Scotia landscape is stark but beautiful and so is the evolving companionship between Everett and Maud. Their relationship is never easy, but we watch as their respect, codependence, and even love, builds over the course of the movie, despite the ever-present tension.

Maud’s cheerful folk-art paintings bring not only light to their small wooden cabin but also to a larger art world thanks to a New York benefactor. The patroness instantly sees the appeal of Maud’s colorful trees, cats and birds, at first created only with the remnants of house paint.

I was disappointed that Maudie didn’t reveal more of the joy the artist must have felt in her own work. Photographs, of both the real Maud Lewis and her paintings, are featured in the end credits and show clearly that such joy did exist. But, despite watching a difficult relationship in hard times, we do understand that windows of light may frame the vast and sometimes dark landscape which includes our psychological home. As Maud finds cheer beyond the walls of her ramshackle home, she tells us, “The whole of life is already framed.” She shows us a new way of seeing our world.

Note: One of the voices in my novel, To the Stars Through Difficulties, is of a 30-something self-taught artist, nicknamed Trash, who was rescued from a garbage can on Times Square when she was only hours old. Using only recycled materials, she finds her own worth through self-expression and art-making. As an artist-in-residence in Kansas, she discovers both fulfillment and friendship.