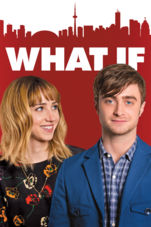 4 Replies to ““What If”–She Doesn”t Understand?”