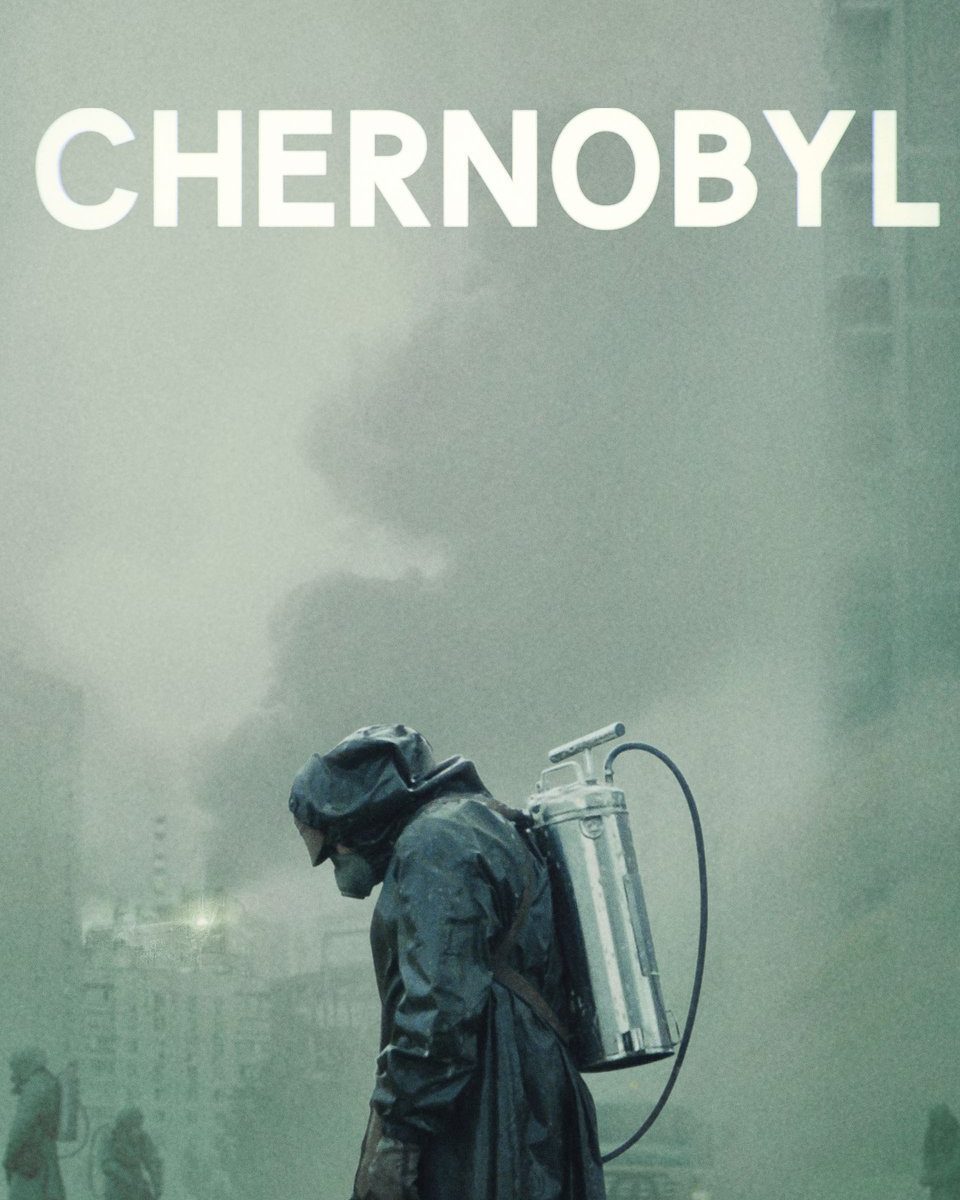 Chernobyl  is an HBO historical drama  miniseries depicting the 1986 Chernobyl nuclear disaster and the unprecedented coverup that followed. The  flawed reactor design operated by inadequately trained technicians is jaw-clenching and chilling.  That lack of transparency and flagrant disregard for human life depicts greed, lack of moral integrity, and political corruption.  Chernobyl is a cautionary tale for today’s political climate.

A  tour de force of unprecedented tragedy, Chernobyl is a masterpiece showcasing Russian heroes who have been unknown or forgotten by history.   In some ways, Chernobyl is a horror movie of the bio-disaster kind: the dramatization of that fateful morning when thousands of residents experienced the horror of intense radiation without any warning by the bureaucrats who knew or should have known what was at stake.  More than three decades later, the disaster remains haunting The creeping dread of  the suffering endured is portrayed starkly and brutally. A grim understatement of what can go terribly wrong at any moment, the viewer witnesses  the heroes who bear testimony to the unspeakable errors of human operators ordered to cut corners, threatening public safety.

Chernobyl is difficult to watch.

“We seal off the city,” Zharkov–the manager of the nuclear reactor,– tells everyone in the plant. “No one leaves. And cut the phone lines. Contain the spread of misinformation. That is how we keep the people from undermining the fruits of their own labor.”

The Soviet system of propaganda and corruption existed not so much for the purpose of spreading a particular message as for the purpose of making learning impossible, replacing facts with lies, and handing the faceless state a monopoly on defining an ever-shifting reality.

But, unlike Japan’s Fukushima nuclear crisis, Chernobyl  is not only about nuclear-plant safety. Chernobyl is about a coverup of the worst kind: the most egregious arrogance and indifference to suffering  by a bureaucratic brotherhood  pledged to  secrecy.  Consequently, information was  shared only among a narrow elite obsessed with their own interests and survival.

Note:   The former Chernobyl Nuclear Power Plant area won’t be safe for human habitation for at least 20,000 years.  Ukrainians are being reminded of the consequences of Chernobyl by a government that has slashed health benefits for the men who heroically fought to contain the Chernobyl disaster, instead reserving funds to develop Chernobyl as a tourist attraction.  For deeper research into the Chernobyl disaster, listen to the podcast, “Uncovering the Story of Chernobyl” on NPR: https://www.npr.org/2019/07/02/738019227/uncovering-the-story-of-chernobyl