“The Invisible Guest”–What You See is Not What You Guess 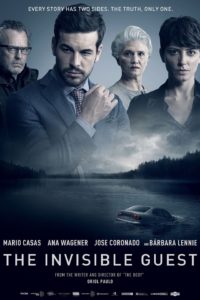